In the Netherlands of the 1960s, which was characterized by socio-religious compartmentalization (called in Dutch verzuiling, or “pillarization”), it was completely normal to describe a village as Catholic, Protestant or communist. Although this phenomenon has largely disappeared from the cities and villages of the Netherlands, there is the occasional exception: the city I live in, Zutphen, has a clearly anthroposophic character. Free-range butchers, organic bakers and women wearing “healthy” sandals are conspicuous features of the urban landscape.

According to the principles of anthroposophy, life is divided into cycles of seven years. Each seven-year span marks the end of one period and the dawn of another. I realized this last summer, when I celebrated my seventh anniversary as the director of CODART, which coincided with the fourteenth anniversary of the organization itself. One would think that after seven years, and certainly after twice seven years, CODART would finally be a “finished” product.

Nothing could be further from the truth, however. A great deal has happened, of course, since CODART was registered as a foundation on 18 June 1998.

In just seven years, Gary Schwartz oversaw the development of the organization from a mere idea to a concrete and indispensable, worldwide association of curators of Dutch and Flemish art.

In the past fourteen years the group has grown into a fine-meshed network consisting of more than six hundred curators, active at some three hundred museums in fifty countries. Thanks to CODART, all of those curators have acquired a face, and I’m not merely referring to the fact that each one has a personal page on CODART’s website. These curators have materialized at conferences and on study trips, and appear to be men with moustaches, beards or glasses, women wearing sensible shoes or high heels, people speaking English, Dutch, Russian or Spanish, and often a mixture of several of those languages. They have taken on the contours of real-life individuals who have contributed more and more to the network by giving lectures at CODART conferences, writing articles for the Courant, and serving as members of the various CODART committees. Knowledge and experience are generously shared by one and all.

CODART continues to evolve. Its headquarters have meanwhile been moved from Amsterdam to The Hague, study trips have become CODARTfocus meetings, the printed Courant is now an eZine, the RKD has become an increasingly important partner, and collectors and art dealers are involved in the network as Patrons. 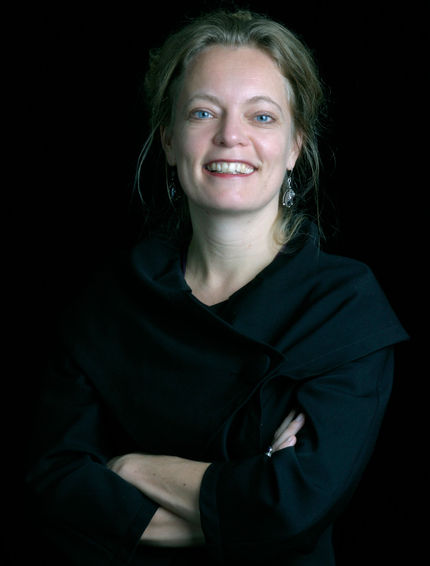 Luckily, I have no illusions about CODART ever being “finished.” On the contrary, there are new developments all the time: a magnificent CODART ZESTIEN congress will take place in Vienna, the Stichting Dioraphte has given CODART a grant that will enable it to devote more attention to sculpture and the applied arts, and there is plenty to look forward to in the coming years.

Even so, there are reasons to worry. Back in May [29 May 2012] we reported the proposed cutbacks in government spending, as a result of which the subsidies given to Dutch cultural institutions will be reduced drastically. Every cultural body in the Netherlands – CODART and the RKD included – has been hit in recent years by several rounds of cutbacks, and in the near future the entire Dutch museum establishment will be thoroughly overhauled. Prinsjesdag (Princes’ Day), which was yesterday, marked the opening of parliament and the presentation of the budget for 2013. Fortunately, the subsidy for the RKD (including CODART) has been approved for the next four years. Our delight at this news was instantly tempered by the knowledge that a number of institutions will be receiving severely reduced subsidies or none at all. New perspectives are offered by the founding of the Karel van Mander Institute, which is being set up in close cooperation with the Rijksmuseum and under the supervision of Rudi Ekkart, who elaborates on these developments in his farewell interview in this issue of the eZine. CODART welcomes this new institute and looks forward to contributing to its projects and activities.

In this issue you can become better acquainted not only with Rudi Ekkart, but also with George Abrams, who has been involved with CODART from the very beginning and a Patron since 2010. It also contains articles by Lucy Davis, Nico Van Hout, Christian Tico Seifert, Magda Sobczyk and Yao-Fen You, as well as Anja Sevcik’s report on the CODARTfocus meeting in Prague on 14 May.

The articles have been gathered and selected by the eZine’s brand-new editorial staff.

"It is my dearest wish,” Nico Van Hout writes in “The Unfinished Painting,” his contribution to this eZine, “that museum-goers will look at unfinished paintings with new eyes after reading my book.” There are no better words to describe this crucial task of the curator: stimulating the public to look at art in a new way. Particularly in these years of austerity, it is vital that CODART continue to support curators in their efforts to carry out that important task. So save the date for CODART ZESTIEN in Vienna!