This article was first published in May 2011 on the CODART website, as part of the Curator in the Spotlight section.

Blaise Ducos studied philosophy at the University of Paris I (Pantheon-Sorbonne) where in 1998 he obtained a master’s degree on the art of perspective, its uses, limits and distortions in a fixed image. Ducos was accepted into the Ecole du Louvre in 1996 and received his diploma in the history of art in 1999, the same year he passed the Institut National du Patrimoine (National Institute of Cultural Heritage) exam to become a curator of French cultural heritage.

Ducos worked at the Musée d'Unterlinden, Colmar and at the Gemäldegalerie Alte Meister, Dresden as part of his curatorial studies. At the same time he wrote a history of art master’s thesis on painting in Cologne in the 16th century (University of Paris IV). The thesis covered a variety of artists including Barthel Bruyn the Elder, the Master of the Saint Bartholomew Altarpiece and Anton Woensam von Worms. His research brought him into contact with several German museums, in particular the Wallraf-Richartz-Museum & Fondation Corboud. 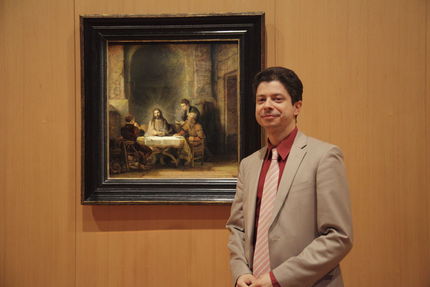 Ducos’s first job was at the Centre de Recherche et de Restauration des Musées de France (Centre for Research and Restoration of French Museums) from 2002-2005 before becoming curator of 17th- and 18th-century Dutch and Flemish paintings at the Musée du Louvre in the spring of 2005. He completed a PhD in history of art at the University of Picardie Jules Verne in Amiens in 2008, writing his thesis on the Flemish-born painter Frans Pourbus the Younger (1569-1622). The thesis comprises a catalogue raisonné of the master who was active in the royal courts of France, Italy and Spanish Flanders and whose work was so admired by Ludwig Burchard, although this monograph is primarily a reflection on European court portraiture in the final years of the 16th century and the first third of the 17th century. A book on this subject is has appeared in November 2011.

Ducos organised the exhibition Frans Post. Brazil in the Court of Louis XIV (Musée du Louvre, 2005) with Pedro Correa do Lago as well as The Revolutions of the Classical Age (2009, Tokyo and Kyoto). Along with George Keyes and Lloyd DeWitt, Ducos is curator of the Rembrandt et la figure du Christ (English: Rembrandt and the Face of Jesus) exhibition (Musée du Louvre, Philadelphia Museum of Art and Detroit Institute of Arts, 2011-2012).

The Louvre’s Dutch and Flemish collection is one of the most varied outside of the Netherlands. It is testament to a French traditional taste for this type of painting as well as to the strength of relations between France and its immediate neighbours to the north since the Ancien Régime. Fascination, jealousy, commerce, war: Louis XIV crossing the Rhine and invading Holland in 1672 remains one of Adam Frans van der Meulen’s best-known pictures, but it shouldn’t allow us to forget the stimulating, very old exchanges that “nourished” the countries in question. This passion for Dutch and Flemish art among the French aristocracy and the kings of France can still be seen in the galleries of the Louvre today. Most of the Rembrandts were acquired under Louis XV and Louis XVI – with some exceptions, among which the splendid Bathsheba reading King David’s letter (1654), a painting given to the museum by Dr. Lacaze in 1869. 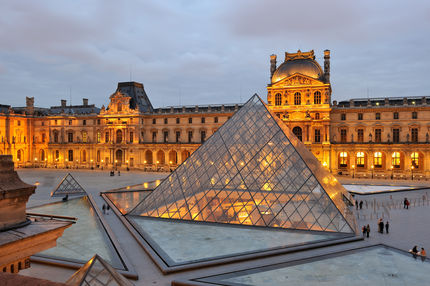 The long tradition of French collections in Dutch and Flemish painting is remarkable, as it doesn’t coincide with the era of acquisition in the 19th century when many large museums were buying major works, nor to the era when national identities emerged. The tradition is in fact a reminder of France’s role as a centre of the European art market, in particular during the 18th century. CODART’s study trip to St. Petersburg provided clear evidence of this, if any was needed, as Catherine the Great of Russia’s purchases came mainly from France, and we know the role Diderot played in exporting numerous works to Russia. The Louvre’s collection has naturally been expanded since these great founders, and with names such as Frans Snyders, Peter Paul Rubens, Michiel Sweerts, Frans Hals, Jacob Jordaens, Bartholomeus Breenbergh, Gérard de Lairesse, Emmanuel de Witte, Karel Dujardin and Rembrandt or Vermeer springing to mind.

Rembrandt and the Face of Jesus

The French title Rembrandt et la figure du Christ does not correspond exactly with the English title, Rembrandt and the Face of Jesus, the latter immediately bringing to mind the holy face. The French word figure has various accepted meanings: face, of course, but also silhouette, contour, image, even character (in history). The title aims to restore the intricacy of Rembrandt’s conception of the representation of Christ.

Museum visitors may also be surprised to learn that Rembrandt’s figure of Christ remains a matter of debate. The problem initially relates to the scope of the area to be covered: Should we be interested in all representations of Christ by Rembrandt and his pupils, for the sake of completeness? Should we show all scenes from Jesus’ life (his ministry and the passion, but also scenes following the resurrection)? What angle should be taken? Jesus’ possible closeness with the Jewish community? Rembrandt’s interest in a suffering Jesus, a world away from Rubens’s harmonious, Italianised Christ? How do we link Rembrandt’s representation of Christ to the painter’s general ideas about art (the passions theory, the question of proportions and the canon of the human figure)?

Fortunately, one possible answer lies, dare it be said, in an old issue with which Rembrandt specialists are familiar, namely that Rembrandt used a live model to represent Jesus, a model who posed in the master’s studio and lent his traits to the figure of Christ. 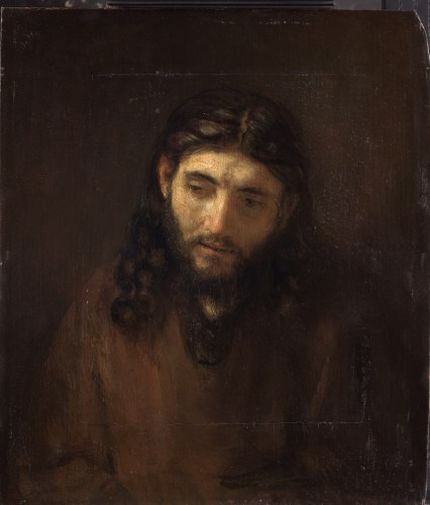 His famous work with a “living” (“nae’t leven”) Christ, which emerged in notes in the inventory drawn up when Rembrandt went bankrupt in 1656 (but also in a poem by H. F. Waterloos that depicted the Hundred Guilder print), is confirmed by the existence of several busts, or heads, of Christ that have clearly been painted using a live model. These heads, which became the object of analysis and commentary by Seymour Slive in The Art Bulletin journal from 1965, have been brought together for the first time in the exhibition, except for the painting at Museum Bredius in The Hague,

which is nonetheless evoked in the replica of Rembrandt’s studio at Bob Jones University in Greenville (South Carolina).

Rembrandt et la figure du Christ poses many questions, some related to connoisseurship, but Ducos doesn’t mean to twist the other organisers’ ideas when he says that the exhibition primarily aims to present the documents of a case file, a file that is passionate, complex, still new, and focused on one vast issue, namely to examine the problem of a real model lending his traits to Jesus, as a means of instilling new life in the tradition of representing Christ – something exceptional and strange, in 17th-century Europe, which was dominated by the academies and the filter of classical antiquity.

It should here be mentioned that Jacob Backer’s Christ on the Cross from Pavlovsk has come to Paris because of CODART’s inspiring network : the canvas was shown to the CODART group during their visit (while on the trip which encompassed Finland and St. Petersburg). It was more than a happy coincidence that Ducos could discover in the flesh the work which had just been restored.

Finally, the exhibition highlights collections in France: The entombment of Christ by Pieter Lastman, which has come from Lille, Christ on the cross by Rembrandt, from the Mas d’Agenais church (France, Lot-et-Garonne), the engravings of the National Library of France, the Edmond de Rothschild collection at the Louvre, and of course The pilgrims at Emmaus, the masterpiece from 1648.

This panel has just been restored and can now be seen again as part of the exhibition. This short presentation should be concluded by thanking Petria Noble (Mauritshuis) and Ashok Roy (National Gallery), as well as their respective institutions that agreed for these two leading specialists to advise the Louvre during its restoration of The Pilgrims at Emmaus.

After Blaise published his article for the Curator in the spotlight-section of the CODART-website (May 2011), he organized two more exhibitions that are of interest to the reader of this eZine. In 2013 he curated L'Europe de Rubens in the Louvre Lens and A German at the Court of Louis XIV: From Dürer to Van Dyck: the Everhard Jabach collection of Northern Art in Paris.

Blaise Ducos is Curator of 17th- and 18th-century Dutch and Flemish paintings at the Musée du Louvre in Paris, France. He has been a member of CODART since 2005. 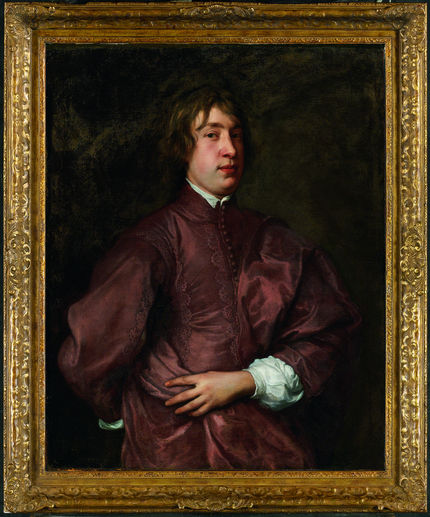