As I write this, the very first CODART Courant, published in December 1998, is lying before me: a beautifully designed newsletter with twelve pages of information on the founding of our network and our initial activities. The editor of that issue was, of course, Gary Schwartz – the architect and founding director of CODART. The first Courant contains a report on CODART EEN, which took place in The Hague and was attended by seventy-five curators. Knowing what has happened in the intervening fifteen years, I enjoyed re-reading the address given by Rik Vos, then director of the ICN (Netherlands Institute for Cultural Heritage, now the Cultural Heritage Agency of the Netherlands), under whose auspices CODART was established. Vos emphasized that for many years curators of Dutch and Flemish art had been focusing on the Low Countries, but now, with the foundation of CODART, it was time to look more closely at the work of colleagues in other countries. “Today and tomorrow we will not only be looking at you but also listening to you, to find out how we can best serve each other’s purposes and get the most out of CODART.”

What happened was actually much more interesting than that: in fifteen years CODART has grown into a tightly knit and indispensable network in which contacts have been established not only between museums in Belgium, the Netherlands and their neighboring countries, but also between other countries with collections of Dutch and Flemish art: Sweden began to look to Poland, Poland to Ireland, Ireland to Russia, Russia to Brazil, Brazil to the United States and so on – in many cases because CODART offered the means to do this. Thanks to our website, curators around the world can find one another. Our notification service, the Courant and the eZine keep them informed of each other’s activities, while our congresses, study trips and CODARTfocus meetings enable them to meet in person.

This anniversary issue illuminates the dynamic and close-knit nature of our network, and assesses its achievements thus far. What have fifteen years of CODART taught us about the worldwide dissemination of Dutch and Flemish art? How has the curator’s profession changed over the years? What contacts have been established and how have they influenced the choice of paintings in exhibitions of art from the Low Countries?

In the past fifteen years many curators have written articles on these subjects. Here you find an ample choice of articles from earlier publications, in addition to 21 articles written specially for this issue. By clicking on the world map, you can find both previously published and new articles on Dutch and Flemish art in museums around the world, interviews with and articles about the curators who deal on a daily basis with the cultural heritage of the Low Countries, 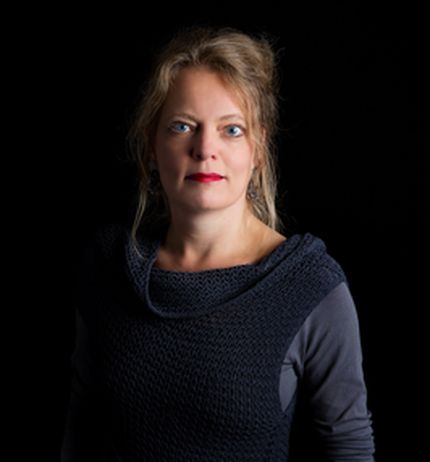 and, of course, interviews with a number of private collectors. Moreover, the timeline allows you to follow the history of our network, with links to reports of past activities.

The history of collecting Dutch and Flemish art is a story of taste. But there is more to it than that, for every museum collection reflects the society and the historical and social context in which it took shape. In the Netherlands and Belgium, for example, it is generally known that the holdings of many museums grew out of collections amassed by private individuals, cities or churches. Much less is known, however, about the history of such collections as that of the Kadriorg Art Museum in Tallinn, whose holdings were augmented in the 1920s and 1930s with works from collections belonging to the Baltic German nobility and wealthy Russians who had fled the communist regime. The post-war history of this museum collection cannot be separated from a succession of more recent historical developments: Stalinism, a thaw in East-West relations, the end of the Cold War and the fall of the iron curtain, and independence for Estonia. And to give another example: without CODART, how many of us would have known that there was once a Ural Association of Connoisseurs, who donated artworks to the Ekaterinburg Museum of Fine Arts? Fortunately there are still people who, in the words of Thomas Leysen, catch “the collecting bug” and collaborate generously with museums. For example, several days before the publication of this eZine, Christoph Müller’s donation was presented in Schwerin, a donation that “will add a number of names to the collection that cannot be found in any other German museum,” according to curator Gero Seelig.

Every jubilee year deserves to be commemorated. To celebrate its birthday, CODART has organized at the Rijksmuseum in Amsterdam an international symposium, “The World of Dutch and Flemish Art,” featuring numerous lectures on the worldwide dissemination of Netherlandish art.

I would like to thank all the curators who have given freely of their time over the years and all the museums that have hosted our gatherings. These selfless partnerships form the very basis of CODART. The profession of curator and the position of the museum in society are both subject to change. It is our ambition to follow these developments closely and to continue providing valuable support to curators. They are the ones, after all, who transmit the love and knowledge of Dutch and Flemish art to an ever-growing international public.

Gerdien Verschoor is director of CODART