This article has been published before in the CODART eZine 1 (Summer 2012).

The decision to build up a collection of drawings (rather than paintings) was unusual when you started to collect in the 1960s. Could you tell us more about it? Why did you focus on drawings, and why Dutch drawings?

Maida and I were drawn to the spontaneity and directness of drawings. We loved the fact that Dutch drawings often depict the world around us: people, animals, landscapes – palpable, touchable things we could see and to which we could relate.
In the United States, serious interest in Old Master drawings really developed only in the twentieth century, and initially with an emphasis on Italian and French drawings. Dutch drawings were considered a little pedestrian. We did not agree and happily went off in our own direction. 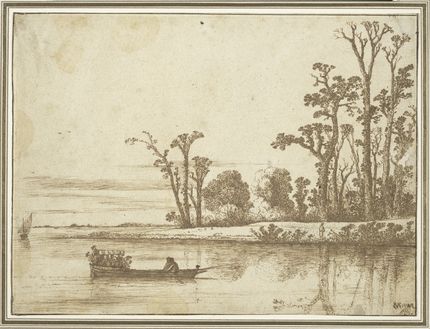 Did you make a deliberate decision at some point to build up a collection? When did you actually begin to call yourself a collector?

No, it really wasn’t a conscious choice. We just went about buying drawings we liked during the 1960s. In 1968, Frank Robinson, whom we knew from the time he was studying at the Fogg, was then teaching at nearby Wellesley College and asked if we would consider doing an exhibition of some of our drawings. We hesitated, but then finally agreed, and Frank produced a small but very lovely catalogue to accompany an exhibition of sixty-three drawings which went to six museums in the United States. We still have and cherish most of the drawings from that exhibition. By that time, we realized we were collectors.

You built up your collection together with your late wife, Maida Stocker Abrams. Can you speak of a “Maida” and a “George” part of the collection or of typical “Maida” or “George” choices?

Maida was more drawn to people and portraits at first. I was too, but along the way I began to appreciate landscapes. 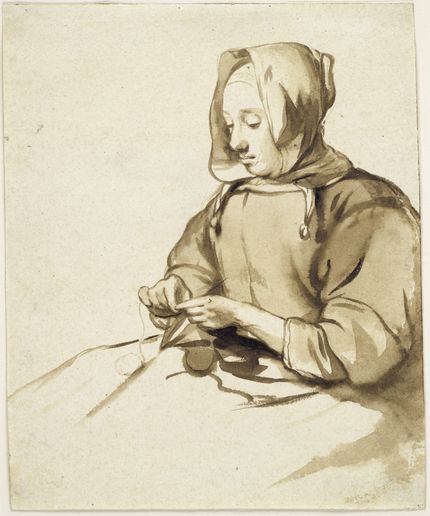 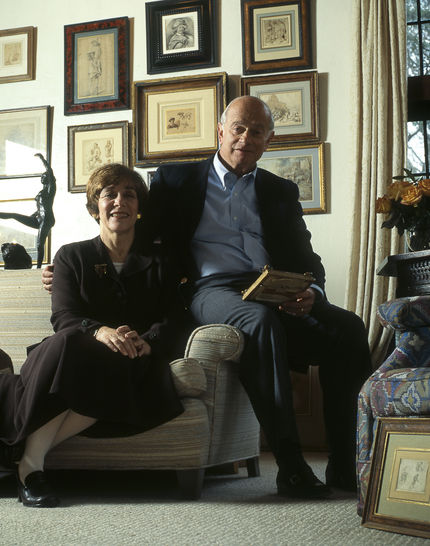 In one of your interviews you spoke about the two levels of a drawing: the “material” and the “spiritual.” Could you tell us about the spiritual level, with one concrete drawing as an example?

I have spoken of the two levels of drawings: the material, physical level and the magical, almost spiritual aura that really wonderful drawings can radiate. It is possible to look at a drawing and see the physical side but not feel anything more. But when I look at a drawing, Jacques de Gheyn’s Gypsy Mother and Child (fig. 3), for example, I feel much more. Look at the way the child holds onto the mother’s finger. Look how they interact – the care and tenderness of the mother and the child’s acceptance of her affection. De Gheyn has done far more than merely depicting a mother and child. He has captured their whole relationship. That is what I mean when I talk of the magical side of drawings. 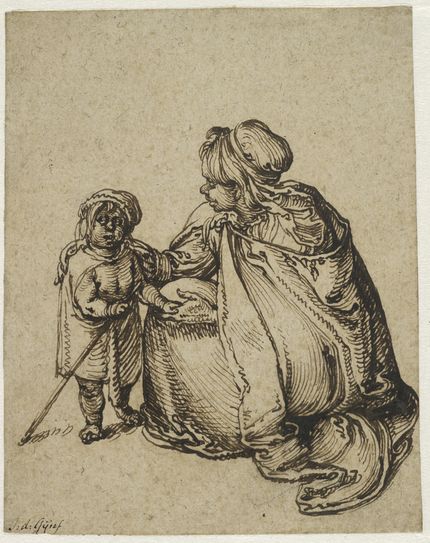 A lot has been written about your collection. How would you characterize it yourself?

I think I would characterize our collection as one made up of a number of area concentrations. We loved Rembrandt and the people around him.

You have parallel lives: as a lawyer and as an art collector. Can you tell us more about the relationship between these two lives? How do they “feed” each other? In which ways do they compete?

When I was at law school, instead of working summers at law firms in order to advance opportunities for 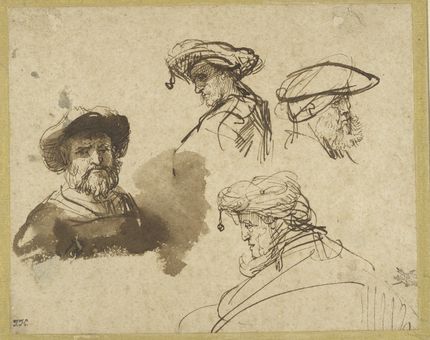 In 1999 you donated a major part of your collection to the Fogg Art Museum at Harvard University “in recognition of the institution’s leading role as a teaching and research museum.” However, your cooperation with the Fogg goes beyond this donation. You support the Maida and George Abrams Curator of Drawings, CODART member William Robinson. Would you please share with us your reasons for supporting the museum not only by donating works of art, but also by supporting the education of scholars and curators? How do you see the role of CODART in the world of Old Masters aficionados, and why did you decide to join our network as a Patron?

Harvard University had a great tradition of involvement with Old Master drawings. Over the years, I got to know Paul Sachs, Agnes Mongan, Jacob Rosenberg, Seymour Slive, Konrad Oberhuber and Bill Robinson. My involvement with them and with the Fogg Museum has covered the whole period of my collecting from the beginning to the present.

I believed in Harvard’s emphasis on connoisseurship throughout this period, even when connoisseurship was severely attacked in some academic quarters. I have had several other museum involvements, particularly the Museum of Fine Arts, Boston. All my museum involvements have been important to me. I have always wanted to encourage and help as many people as possible to have direct contact with art, just as Maida and I did. Such contact can provide life-changing, humanizing experiences, and I would like to do as much as I can to make access available on a wide scale.