This article was first published in the CODART Courant 19 (Winter edition 2009).

The opening of the Los Angeles County Museum of Art (LACMA) in March 1965 was a powerful symbol of the coming of age of a city transformed in just 100 years from a dusty agricultural center with around 2000 residents to a vibrant, international city. Today Los Angeles is home to more than seven million people and four major art museums, the largest of which is the Los Angeles County Museum of Art (LACMA) with an encyclopedic collection of over 100,000 works of art dating from ancient times to the present day.

The Los Angeles Museum was founded in 1898 by Judge William Bowen, who wanted to eradicate a neighborhood of ill repute just outside the city limits of historic downtown Los Angeles and replace it with a museum for the edification of the public. The new museum opened its doors in 1913 with a donation of memorabilia about early life in California. The museum was founded with no specific plan for an art collection — it neither owned a work of art nor had the funds to acquire one. 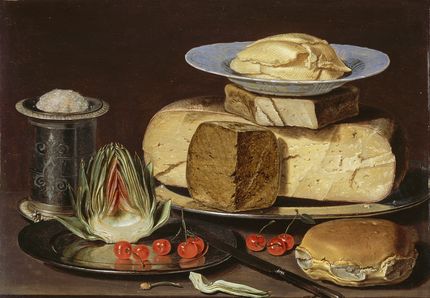 The museum’s art section began in 1918 with the donation by Mr. and Mrs. William Preston Harrison of a collection of outstanding American paintings, followed in 1931 by their gift of their collection of European paintings and drawings, primarily from the 19th and early 20th centuries. Old Master paintings entered the collection in the late 1930s through donations made by the banker Paul Rodman Mabury and Mr. and Mrs. Alan Balch. The Balch collection was especially rich in Dutch and Flemish works, including paintings by the Master of the Legend of Saint Ursula, Albrecht Bouts, and a beautiful portrait by Petrus Christus.

In 1945 Wilhelm Valentiner was appointed consulting director for the art collection of the Los Angeles Museum. In his diary written some years later, Valentiner lamented the deplorable art collections displayed without any order, noting that only paintings were exhibited. 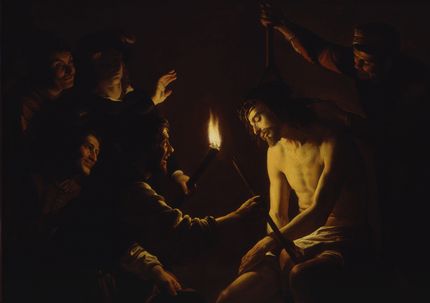 There were no sculptures, only loans of decorative arts, and no effort to show the paintings in context. Art was, furthermore, overshadowed by taxidermy habitat groups. Valentiner’s effort to organize the collection historically revealed shocking gaps, but supported primarily by county funds, the museum had little money to collect art. Shortly after his arrival, Valentiner renewed his acquaintance with William Randolph Hearst, the wealthy newspaper entrepreneur and insatiable collector. In the years before his death in 1952, Hearst gave the museum enough to lay the foundation of a coherent art museum, including classical antiquities, Limoges enamels, Italian majolica, medieval sculptures, goldsmith’s work, Egyptian art, and dozens of paintings, including Govert Flinck’s Portrait of a Man and a gauche landscape by Hans Bol.

By the mid-1950s there was already a movement to establish the art collection separate from the natural history museum. Los Angeles following the Second World War was like New York City at the end of the 19th century. Men who had made personal fortunes sought to establish themselves as scions of culture both by building private collections of Old Master paintings and sponsoring the creation of major cultural institutions. The movement for an art museum was led by Norton Simon, head of Hunt Foods; Edward W. Carter, who had built the leading chain of department stores in the western United States; Howard Ahmanson, chairman of Home Savings and Loan Association, the largest institution of its kind in the U.S.; as well as the industrialists Armand Hammer, and J. Paul Getty. 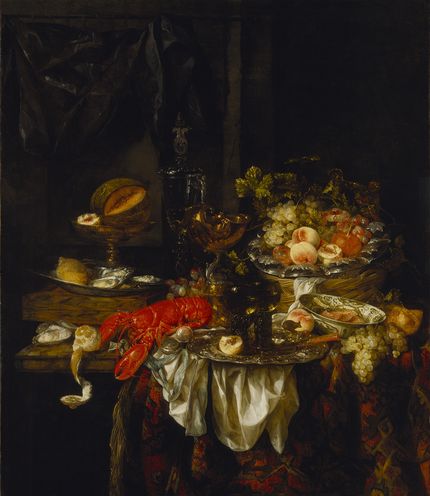 Norton Simon promised to lend his collection, which included the remaining stock of Duveen Brothers that he had purchased in 1964. The collection was on loan to LACMA until the mid-70s when Norton Simon assumed control of the bankrupt Pasadena Museum of Art and installed his collection in what is now the Norton Simon Museum. Even before the departure of the Simon collection, LACMA had begun to acquire significant works of Dutch painting, including three works by Rembrandt. In 1953 J. Paul Getty gave the museum Rembrandt’s 1632 Portrait of Marten Looten; Armand Hammer followed in 1969 with Rembrandt’s Portrait of Dirck Jansz. Pesser; and in 1972 the Ahmanson Company gave the master’s Raising of Lazarus. 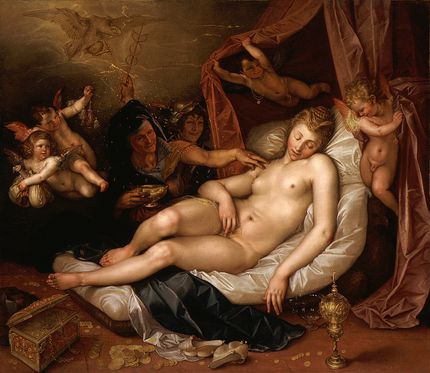 Four years later Armand Hammer bought Rembrandt’s Juno as a promised gift for LACMA, but in 1988 he too rescinded the gift of his collection to LACMA and established the Hammer Museum.
Among the original founders, Howard Ahmanson and Edward Carter, the first chairman of LACMA’s board of directors, remained steadfast in their commitment to the museum. Since the early 1970s the Ahmanson Foundation has encouraged and funded LACMA’s purchase of major Old Master paintings and sculptures, including some of the most important Dutch and Flemish paintings in the collection. Among the early acquisitions were The artist’s studio signed by both David Teniers and Jan de Heem, and Frans Hals’ Portrait of Pieter Tjarck.

Since 1980 the Ahmanson Foundation has funded the acquisition of Hendrick Goltzius’ Danae, admired by the painter and artists’ biographer Karel van Mander when it was in the collection of Bartholomeus Ferreris in Leiden, as well as Jan Steen’s Samson and Delilah, and Pieter Lastman’s Hagar and the Angel. The acquisition of Carel Fabritius’ Mercury and Argus, a work copied by Fragonard, places Rembrandt’s Lazarus in the context of both teacher and student. Hendrick Honthorst’s early masterpiece Mocking of Christ, acquired in 1999, was the first Dutch Caravaggesque painting to enter the collection in which there are significant Italian and French examples. LACMA’s collection also includes Michiel Sweerts’ famous Plague in an Ancient City and Jan de Bray’s Martyrdom of Saint Lawrence, as well as Jan Boeckhorst’s altarpiece for the tomb of Maria Snyders.

The Dutch paintings acquired by LACMA have been selected to complement the collection formed by Edward and Hannah Carter between the late 1960s and 1985 as a promised gift to the museum. The collection of 36 Dutch landscapes, still lifes, seascapes, architectural interiors, and cityscapes, which was exhibited in Los Angeles, Boston, and New York in 1982-1983, is admired for the high quality and incredible state of conservation of its paintings. Edward Carter died in 1994; following the death of his widow, Hannah, in April 2009, the paintings became part of LACMA’s permanent collection. 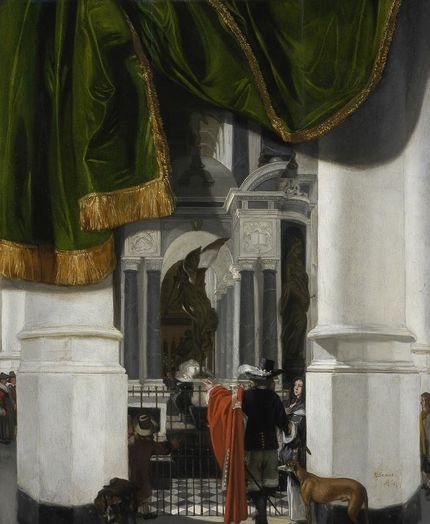 Among the highlights of the Carter collection are Hendrick Avercamp’s breathtaking Winter scene on a frozen canal, Emanuel de Witte’s Interior of the Nieuwe Kerk in Delft with the Tomb of Willem I, Jan van der Heyden’s View of the Herengracht, the cover of the recent exhibition catalogue, Frans Post’s Brazilian Landscape, Aelbert Cuyp’s Flight into Egypt, Jan Both’s Landscape with a Draftsman, and Ruisdael’s The Great Oak, formerly in the Duke of Gonzaga’s collection. The Carter collection also includes beautifully executed and preserved still lifes by Clara Peeters, Ambrosius Bosschaert, and Jan van Huysum, and important paintings by Saenredam, Pynacker, De Vlieger, Van Goyen, Solomon van Ruysdael, Porcellis, all the Van de Veldes, and others.

Amy Walsh is Curator of Northern European paintings, European Paintings and Sculpture at the Los Angeles County Museum of Art (LACMA), Los Angeles, California, USA. She has been a member of CODART since 2006.