Flemish and Dutch Drawings in the Museums of Northern France

In 2011 and 2012 the museums of Northern France displayed their collections of drawings in a series of temporary exhibitions. Despite their geographic proximity to Belgium and the Netherlands, these collections contain relatively few Dutch and Flemish works. Two museums proved to be exceptions, however: the Palais des Beaux-Arts of Lille, which is best known for its exceptional Italian holdings, and the small museum of Bergues, the extent of

whose collection became apparent on this occasion. Both of these institutions hold predominantly Flemish drawings, although it must be noted that the Bergues museum has an important sheet by Maarten van Heemskerck and an outstanding study for a stained-glass window by Pieter Aertsen. Other museums in this area, notably the Musée de la Chartreuse in Douai and the Musée des Beaux-Arts in Valenciennes, have only a few Northern sheets in their collections.

The graphic arts collection of Lille's Palais des Beaux-Arts contains about 260 sheets of the Flemish school from the sixteenth to the eighteenth century, as well as works from the Belgian school of the nineteenth and twentieth

centuries. Some of these works, including a drawing by Denys Calvaert, are from the Wicar Collection (1762-1834), and in 1898 the city of Lille acquired a large set of drawings of these schools from a certain Henneart of Ypres. 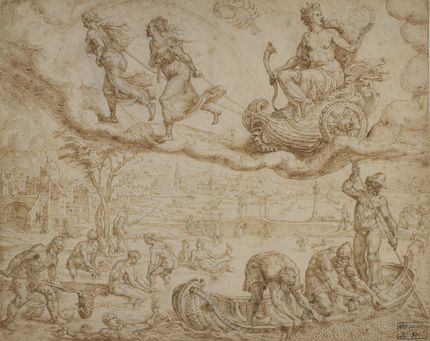 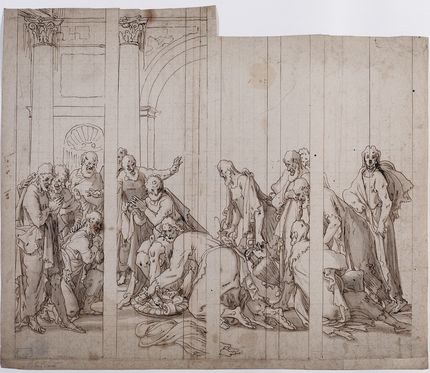 Moreover, the Lille museum benefited from the donations of two benefactors in particular: the Trachet bequest in 1979 and the Elisabeth and Jacques Foucart donation in 1999. More recently, a purchase made in 2012 made it possible to add a drawing by Jan Brueghel the Elder to the collection. The sheet once belonged to the famous collector Mariette, whose mark it bears. The artist probably executed the work around 1595 during his trip to Italy in the service of Cardinal Federico Borromeo (1564-1631). In addition to sheets by such prominent masters as Anthony van Dyck and Jacob Jordaens, the collection contains drawings by lesser-known artists, an example being a work in oil on paper by Gerard Seghers that depicts the apparition of the angel to Saint Joseph. Also worthy of mention is a rare set of drawings by the painter Victor Boucquet, who was born in Furnes. 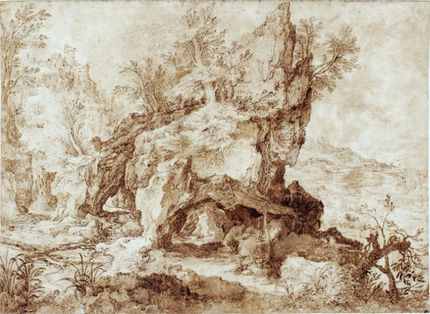 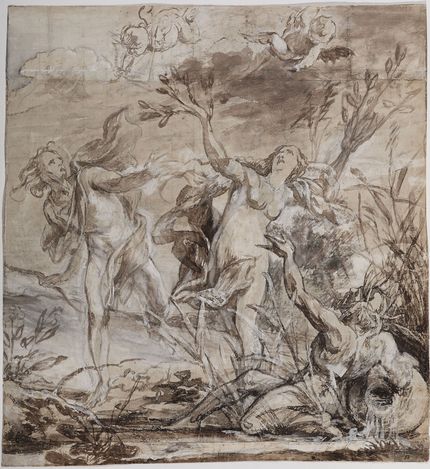 The Musée du Mont-de-Piété in Bergues has a collection of drawings bequeathed in 1877 by the painter and restorer Pierre Antoine Augustin Verlinde. These works have scarcely been studied. A native of Bergues, Verlinde – after his artistic training in Belgium, first with Joseph Ducq and then with Mattheus Ignatius van Bree – settled for good in Antwerp in 1827. A collector and dealer – over 1,600 paintings were auctioned from his estate after his death – he took advantage of opportunities that presented themselves over the years to collect a body of drawings that can be split into two distinct groups. The first group comprises about

1,000 sheets, dating from the sixteenth to the nineteenth century, not only by Dutch and Flemish artists, but also by artists of the Italian, French and German schools. The collection has not yet been thoroughly studied, but the proportion of works by artists of the Northern schools is obviously larger and is estimated to include some seven hundred sheets. Besides the two Dutch drawings mentioned above, it is important to note an outstanding set of eight preparatory drawings by Jan Boeckhorst, made as designs for a series of tapestries illustrating the story of Apollo, which was commissioned by the Antwerp collector Anton van Leyen in about 1664-68. A recent study of the collection has enabled the identification of thirty-eight sheets by Abraham van Diepenbeeck – a set which might prove to be larger – as well as two sheets by Caspar-Jacob van Opstal the Younger, an Antwerp artist whose drawings are quite rare. 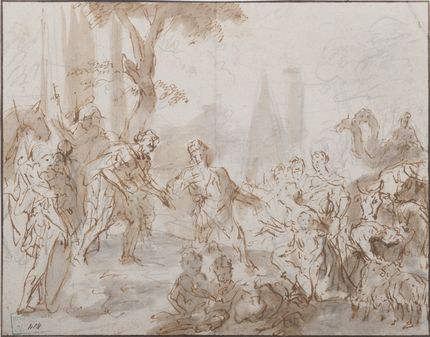 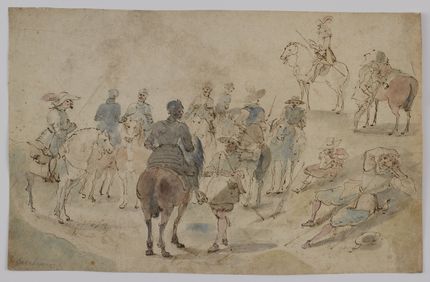 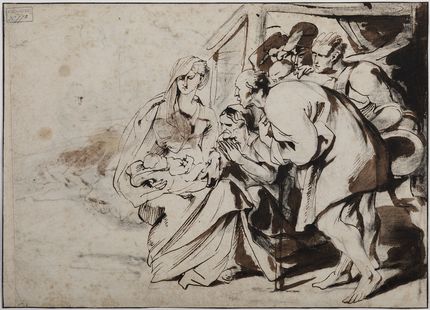 One sheet by the Master of the Hermitage Sketchbook has also been identified. It can be related to a painting by Sebastian Vrancx that is now in Hamburg (A Campsite, Hamburg, Kunsthalle, inv. no. 334), which has rekindled the debate over the identity of this famous anonymous master. Other highlights of the Bergues collection include drawings by Flemish sculptors, such as Pieter Verbruggen the Younger and Pieter Scheemaeckers the Elder. Another noteworthy discovery is the magnificent Adoration of the Shepherds by Anthony van Dyck, which Anne-Marie Logan has dated to 1618-20, the first Antwerp period of the artist. This constitutes an important addition to our knowledge of the young Van Dyck. Finally, this part of the collection contains over twenty drawings made by Mattheus Ignatius van Bree in the nineteenth century, including several large studies for his painting The Death of Rubens (Koninklijk Museum voor Schone Kunsten, Antwerp). The second distinct group within this collection consists of nineteenth- and twentieth-century academic works produced at Antwerp's Academy of Fine Arts, as well as a large number of preparatory drawings made by Mattheus Ignatius van Bree for his book Leçons de Dessin (1821).

The collection of drawings belonging to the Musée des Beaux-Arts in Valenciennes contains relatively few works by artists of the Flemish and Dutch schools. Most of these works were donated to the museum in the late nineteenth or early twentieth century by Valenciennes collectors.

A few recent acquisitions have been added to this group, which is nevertheless limited to twenty or so works. Worthy of mention is a beautiful study of the head of a bearded man, attributed to Peter Paul Rubens, which entered the museum's collection in 1922. Other notable works include a drawing by Victor Honoré Janssens that depicts the Miraculous Healing of the Duke of Cleves, and eleven splendid sheets portraying the life of Ulysses, which Charles Dumas reattributed to the Dutchman Mattheus Terwesten in 2008. Among the recent acquisitions we must not fail to mention the purchase in 2006 of a beautiful red-chalk drawing by Adam Frans van der Meulen, which is a preparatory study for The Storming of Valenciennes, a painting also owned by the museum.

The Musée de la Chartreuse in Douai also has a few Flemish sheets, the most notable of which are five beautiful grisailles in oil by the Flemish painter Otto van Veen.

David Bronze is Scientific Associate in charge of the Department of Drawings (fifteenth-eighteenth century) at the Université de Liège, Service des Collections artistiques (Galerie Wittert). He has been a member of CODART since 2013.

Patrick Descamps is Curator at the Musée du Mont-de-Piété, Bergues. 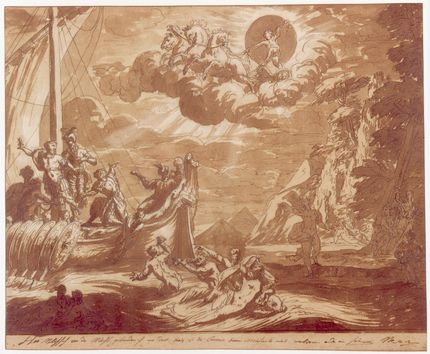