The Princes of Serendip

Once upon a time in the far-off land of Serendip –  which means “island of gold” – there lived three princes. Their father, King Giaffer, had them tutored by wise men before sending them on a journey. For years the three princes traveled about the country of King Bahram, where they had all kinds of adventures and made astute discoveries. Finally the princes returned to Serendip, where they became wise rulers.

The fairy tale “The Three Princes of Serendip” comes from The Eight Paradises (1302), a book of eight stories by Amir Khusrau, one of the greatest poets of the Persian language. Translated into Italian as early as 1374, it appeared in various other languages, including English, French and Dutch, in the eighteenth century. The British author Horace Walpole was impressed by a translation of this fairy tale. “As their highnesses traveled, they were always making discoveries, by accident and sagacity, of things which they were not in quest of,” he wrote to a friend. It inspired him to coin the word “serendipity.” 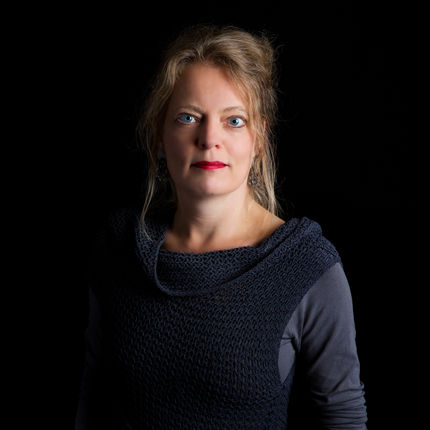 I thought of this when reading Ilona van Tuinen’s interview with Jane Turner in this issue of the eZine. A publication Turner co-authored with Sir Christopher White, the two-volume collection catalogue of Dutch and Flemish drawings of the Victoria and Albert Museum (V&A), appeared last July.

In the interview Van Tuinen and Turner pursue a burning question that has come up numerous times at CODART: whether to publish a collection catalogue online or in a printed edition. Even though she is a great supporter of the online medium, and even more so of a catalogue

produced as an online/printed combination, Turner believes that it is precisely the printed catalogue that offers a voyage of discovery, allowing us to find things we weren’t necessarily looking for. “There is no other way of replicating that experience,” Turner says in this regard: it is the “serendipity factor” that is so highly important to the curatorial profession.

Horace Walpole and Jane Turner are not the only ones to have followed in the footsteps of the princes of Serendip. The British author Zadie Smith is also a fan of accidental discoveries, and she attributes her enthusiasm to what she calls “magical thinking.” “The middle of a novel is a state of mind,” she writes in her essay That Crafty Feeling. “Strange things happen in it. … If you go outside, everything – I mean, everything – flows freely into your novel. Someone on the bus says something – it’s straight out of your novel. You open the paper – every single story in the paper is directly relevant to your novel.” (The italics are Zadie Smith’s.)

In the same essay Smith comes up with a nice metaphor that can be of importance to the creative process: “When building your novel you will use a lot of scaffolding. … The majority of it is only there to make you feel secure, and in fact the building will stand without it. … Later, when the book is printed and old and dog-eared, it occurs to me that I really didn’t need any of that scaffolding.” According to Smith, that’s why you have to take down the scaffolding when the project is completed, or at least cover it with a nice façade.

A book – and likewise an exhibition or museum display – with no hint of scaffolding: that is real art.

As I write this we at CODART are in the process of building all kinds of scaffolding – for focus meetings and this new eZine, for a revamping of www.codart.nl and activities for our Friends. The largest scaffolding, however, is being erected in support of the CODART ACHTTIEN congress in London. There will be lectures and discussions, excursions and a Speakers’ Corner, drinks and lunches. It will be a palace spacious enough to accommodate the princes of Serendip and all curators who wish to follow in their footsteps. By the time you read this, there might only be a couple of places left, so saddle up your camel and register now!

Gerdien Verschoor is Director of CODART