Stein Berre, who became a Patron of CODART in 2013, studied public policy at Princeton and received a master’s degree in history from Harvard. Currently, Mr. Berre is Vice President at the Federal Reserve Bank of New York. He also serves as a board member of the Royal Oak Foundation, which is the American partner of the National Trust of England, Wales and Northern Ireland. Although he started out as a collector of contemporary art, Mr. Berre purchased his first Old Master painting in 2000 and never looked back. His collection of Old Masters includes the likes of Jacob van

You studied public policy analysis at Princeton and received a master’s degree in history from Harvard. Would you please tell us when you became interested in art in general, and in Old Masters in particular?

I’ve had a lifelong love of art, and while I have never worked in the arts per se, I have been fortunate in always being around people who did.

My interest in Old Master paintings has always been equal parts historical and aesthetic. History has always been my favorite subject. And after completing my degree in economics, I decided, out of love for the subject matter, that 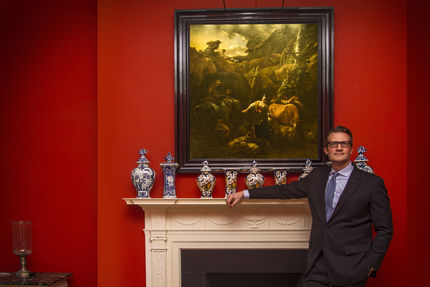 I would try my hand at a PhD in history at Harvard, where Simon Schama was one of my professors. Our seminar was involved in some of the initial ideas for his book Landscape and Memory (1995). I also worked with other professors on various aspects of European cultural history from the sixteenth to the nineteenth centuries. Though I never finished my doctorate, I am very grateful to have been able to study both the field in which I make my living and a field I love.

My interest in the arts extends to the applied arts and architecture as well. As a board member of the Royal Oak Foundation, I see many challenges to the future of both fine art and architecture, which are fields that require wide-ranging expertise and skills, as well as constant engagement with the public to ensure their long-term survival. Whereas interest in our architectural heritage is experiencing a resurgence, Old Master pictures seem to be

having a hard time, particularly those not painted by "blockbuster" names.

A “hard time” for Old Master pictures, you say. Could you suggest a way for museum curators to turn the tide?

Unfortunately, I do not have a simple answer to this question. There is a genuine love for the Old Masters in the public sphere, but it is love from a distance. Many people are intimidated by the Old Masters; others find them too far away in culture and time to make a personal connection. While I think there is a broad public that is generally supportive of outstanding museum collections of Old Masters, their engagement does not easily translate into more than an engagement with the few well-known names. A sizeable portion of the art-viewing public sees Old Masters primarily as the tradition against which modern artists rebelled.

Part of the solution might be to broaden the range of “stories” that museums tell to reach different audiences. In addition to the “big” museum shows, I find smaller and more focused exhibitions equally important, including those organized on the scale seen at the Morgan Library. Smaller places such as the Morgan often have no more than one room dedicated to one exhibit and one story. A recent show consisted of nothing but a series of exquisite cloud studies.

It is also difficult to convince the public that the Old Masters belong to our common cultural heritage, and I think it is part of the curator’s job to help make that connection.

In Europe, of course, there is a more direct narrative link between museum collections and national or civic history. In a country like the United States, that story is harder to tell, but telling the story of the creation of great museum collections and the (unvarnished) stories of the great collectors is another way to make that engagement happen.

I am optimistic, however. As a board member of the Royal Oak Foundation, I observe that the National Trust has the largest membership and the greatest number of visitors in years, so that is good news. I think part of their success is very much linked to engaging with the public through various media, and reaching out to people on all levels of knowledge about the arts, to convey the message: “These wonderful things belong to you, and to all of us”.

Did you deliberately decide at some point to form a collection? When did you start calling yourself a collector?

My route to collecting Old Masters was an indirect one. Our collection is by no means exclusively seventeenth-century Dutch works, even though that is the main emphasis. We also have twentieth-century works by artists such as Picasso and Motherwell, eighteenth-century French drawings and others from a range of periods. I initially collected contemporary art, as many of my friends did – several of whom have gone on to become quite serious collectors. I also bought post-war British painting. The local galleries in London (where I was living at the time) and fairs such as Art Basel were where I mainly bought art, since these places 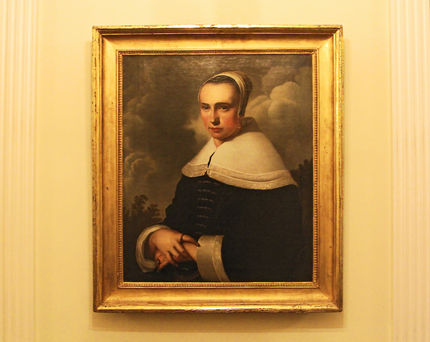 seemed very accessible to a starting collector. Old Master galleries seemed (and sometimes continue to seem) much more intimidating. In London, I always enjoyed going to the Old Master auction previews, and it gradually dawned on me that good paintings by Old Masters were as affordable as some of the other art I was collecting.

Your first foray into buying Old Masters involves a very real learning curve: developing confidence in your own taste in terms of periods and genres, learning how to assess a painting’s condition, appreciating the role of connoisseurship, and understanding the art market. The first steps are not easy to take, and without good advice, you are likely to make a mistake or two along the way.

When did you decide to buy your first Old Master? Would you please tell us why you chose that particular picture?

The first Old Master painting I bought remains a mystery in terms of its attribution. I purchased it in 2000 through a dealer from the collection of a bank. It’s a half-length portrait of a pretty woman in typical black-and-white seventeenth-century garb. There are some rather dramatic storm clouds in the background. Three versions of this work exist, including the one I own. The other two are in the Art Institute of Chicago and the Fondation Custodia in Paris. Mine may be a later copy, but I enjoy it all the same.

The painting that sparked my recent bout of collecting was purchased in 2010. It’s an Italianate landscape with ruins and shepherds by Jan Baptist Weenix. With its wonderful light and sense of indolent exoticism, it conveys to me a sense of the strangeness and wonder felt by a Northerner traveling to a much older world.

As a former trainee historian, I’ve enjoyed digging into the provenance of the paintings in my collection and discovering when they were “in” or “out” of fashion in the past. Several of the works once belonged to the well-known collections of quite interesting characters: Demidoff, Warburg and Kahn, and such artists as Benjamin West. I have also enjoyed working with art historians to verify (or reject) the attribution of paintings, such as the uncatalogued Allaert van Everdingen I purchased several years ago, which is now on display, along with a couple of other works from my collection, at the Seattle Art Museum. 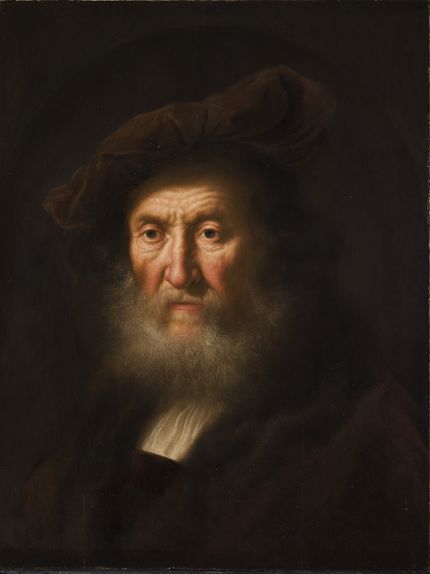 As Vice President at the Federal Reserve Bank of New York, do you belong to a network of collectors of Dutch and Flemish art?

No, these two worlds are quite separate. Before I became a banker, I knew many people who were interested in art. I even knew an art historian who became a banker. 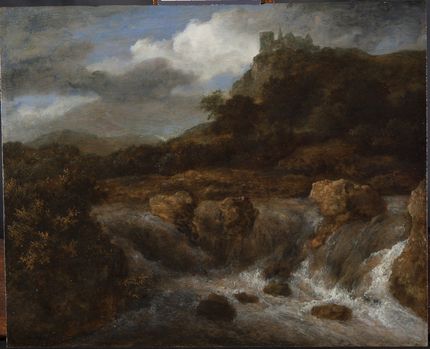 I know bankers who have significant collections, but they do not buy Old Master paintings.

Among the collectors of Old Masters who support CODART as Patrons, you are by far the youngest. Is the younger generation of collectors lacking in our network, or do younger curators focus on other schools or periods?

It’s very difficult to get people my age and younger to start collecting Old Masters. There is a widely held (but mistaken) notion that the world of Old Masters is inaccessible, in terms of both expertise and affordability. Even people with the means and the knowledge to begin collecting Old Masters often feel, for some unknown reason, that Old Master paintings may well be culturally important but are somehow not meant for them. I see many reasons for their hesitation.

The level of information necessary to select an Old Master painting and the care it requires are much greater than that needed for a contemporary artwork. The contemporary market offers not only art, but the whole social world that goes with it, which anyone who has been to one of the big contemporary art fairs will have seen firsthand. There is also the question of access and exposure. Outside a few major centers, there is not much infrastructure for collecting Old Master paintings, even where there is interest. I come from Seattle, which has a lot of culturally sophisticated, wealthy people with an interest in the arts, but the city does not have a tradition of collecting Old Master paintings, nor does it have the dealers and restorers needed to build and maintain a collection.

It would greatly benefit the arts community if the Friends of CODART would do something to help collectors take the first step towards buying Old Masters, such as meeting with budding collectors or with those based outside big centers like Amsterdam, London and New York. The Friends of CODART Foundation could organize discussions, workshops, lectures, social events and access to curators. Many collectors would be happy to learn about provenance, condition, or how to work with an art restorer, and CODART, with its network, could offer a pretty high level of knowledge. 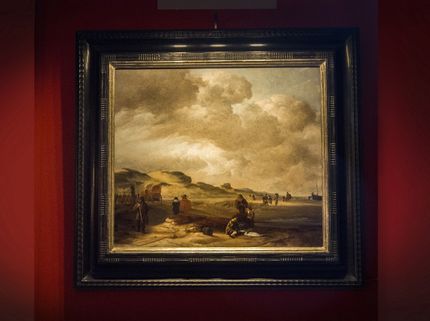 care for and cherish our works of art. I think that this is particularly important, in order to ensure that the vast majority of works from the seventeenth century, which are not of museum quality, are looked after.

Do you see a role for curators here?

Oh yes, absolutely. Curators can work to foster a collectors’ community in the city where they live. They can inspire, engage and educate collectors and thus become local “cheerleaders,” which will prompt collectors to commit themselves to museums. Having been a starting collector not so long ago, I know I would have benefited enormously from such a community.

As a collector, do you purchase artworks on your own, or do you cooperate with advisors or other specialists?

I tend to buy pictures at auction and to rely on art restorers, rather than dealers, to get opinions on works I am thinking about buying. This is partly because I enjoy researching pictures and artists, and I am comfortable reaching out directly to academics or the RKD (Netherlands Institute for Art History) if there are any questions I need to address concerning an attribution or the significance of a work within an artist’s oeuvre. In this respect, CODART has been an immensely valuable resource to me in my collecting. I have always been hugely impressed by how committed CODART members are to their work and how generous they are in providing opinions and contacts. I have made a habit of reaching out to CODART curators whenever I plan a museum visit on my travels. Through CODART I met Chiyo Ishikawa and Amy Walsh – as well as the late Michiel Jonker and Walter Liedtke – and as a result of their warmth and generosity, I wanted to become involved in some small way in helping CODART to fulfill its mission.