When I was fifteen years old, I took an art history class in my high school in Kansas City, Missouri, and when we arrived at the Middle Ages, I simply fell in love. I also lived within walking distance of the Nelson-Atkins Museum, which has a fine, though small, collection of medieval and Renaissance works. I spent a great deal of time at the museum, and early on realized my deep appreciation for how a museum can influence and enrich its community. As

an undergraduate at Northwestern University, I studied with Sandra Hindman (who is now a dealer of manuscripts), and then completed my PhD at Cornell University, with Robert Calkins, on Gothic French secular manuscript illumination. I arrived at the Getty Museum as a Curatorial Assistant in the Department of Manuscripts in 1996, and was fortunate to be involved in the opening of the new Getty Center in 1997. In 2012, I became Senior Curator of Manuscripts, responsible for a collection of about 220 objects. 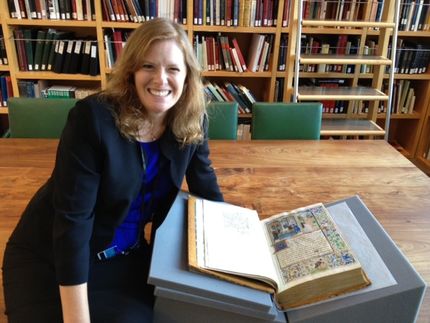 uninterested in the Middle Ages. His collecting centered around Greek and Roman Antiquity, paintings, and French decorative arts. Because Greek and Roman painting and then Renaissance painting on up through the nineteenth century were already part of the collection, the full history of European painting was not represented because of the looming gap posed by the Middle Ages (the Getty does not collect modern or contemporary painting). The Getty’s acquisition of the Ludwig collection (Peter and Irene Ludwig of Aachen, Germany) in 1983, which some considered the last great private collection of medieval and Renaissance manuscripts in the world, began to redress that lacuna. Their collection was particularly strong in Northern Renaissance manuscripts, including devotional works such as the famed Prayer Book of Albrecht of Brandenburg (Ms. Ludwig IX

19) and the Spinola Hours (Ms. Ludwig IX 18), and secular manuscripts including lavish copies of the Livre des fais d’Alexandre le grant (Ms. Ludwig XV 8) and Froissart’s Chronicles (Ms. Ludwig XIII7). Since 1983, one hundred and twelve objects have been added to the collection, including such Northern Renaissance masterpieces as Les Visions du Chevalier Tondal (Ms. 30), the Prayer Book of Charles the Bold (Ms. 37), and a miniature from a French translation of Valerius Maximus’s Faits et dits mémorables des romains (Ms. 43). These manuscripts are complemented by the Getty’s Northern Renaissance painting collection, including Dieric Bouts Annunciation (85.PA.24) and Martin Schongauer’s Madonna and Child in a Window (97.PB.23).

Although the Getty’s small collection will never rival those of the great European institutions like the British Library, the Bibliothèque Nationale de France, and the Bayerische Staatsbibliothek, each object is a true gem. In addition, as the department’s curatorial staff, we pride ourselves on hosting one of the world’s most ambitious programs for the display of manuscripts. We have a permanent gallery devoted to manuscripts, where we mount three or four exhibitions a year from our permanent collection, as well as periodically creating large international loan exhibitions on manuscripts. This year, the Art Newspaper’s annual visitor attendance survey recorded the five most visited medieval exhibitions in the world for 2014: all five were mounted by the Getty. Through our exhibitions program and the associated publication of both exhibitions and the permanent collection 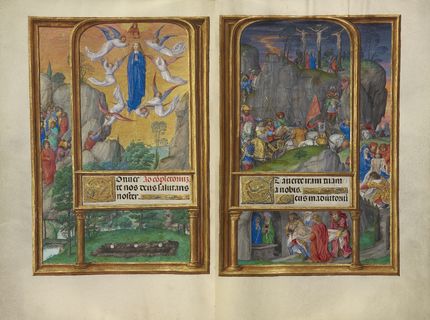 we feel that we are not only making the often little-known art form of medieval illumination available to the public, but also establishing the Getty as an important center for manuscripts scholarship.

One of the most formative experiences of my career at the Getty was the opportunity to work on the ground-breaking 2003 exhibition on Flemish manuscript painting, Illuminating the Renaissance, under the guidance of Thomas Kren, curator of manuscripts at the Getty, and Scot McKendrick, head of Western manuscripts at the British Library. I had always been interested in Flemish illumination, but working as an administrator on the exhibition and contributing to the catalogue were formative in my scholarly development in this field. I was particularly intrigued by the artists known as the Master of James IV of 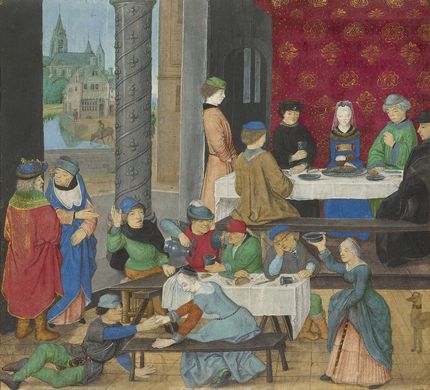 Scotland and the Master of the David Scenes in the Grimani Breviary, on whose works I have continued to publish since the exhibition. On the day of the opening, seeing the display of over 150 monuments of Flemish manuscript painting from almost fifty different institutions was an unparalleled visual experience.

The exhibition was also important to me in terms of building my connoisseurship skills. This area of art history is integral to almost everything we do in the museum, from display to research to acquisition. Many of the curators who have been featured in this "Curator in the Spotlight" section of the CODART eZine have talked about their work on collection catalogues. The Getty is currently in the process of 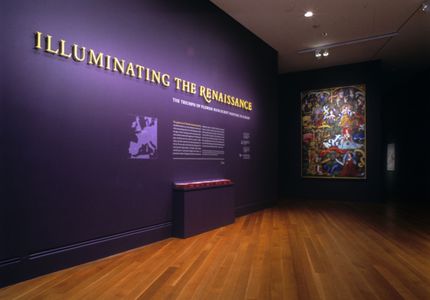 developing online scholarly tools concerning its collection, and we have recently added over 3,000 images of manuscripts to the Getty’s website. These images are part of our Open Content system which allows members of the general public and scholars alike to download publication-quality images at no cost. As part of this process, we are reviewing the tombstone information on images, which of course includes artist attribution. Unlike paintings, which are commonly given to a single hand, manuscripts have long been an area in which it is common to see attributions such as “Boucicaut Master and workshop,” with the best images being given to the “master” and the less accomplished ones to his “workshop.” Manuscripts scholars in academia have been moving in some cases towards a less sharply-defined division, championing a new understanding expressed in terms such as the “Boucicaut Masters” that de-emphasizes 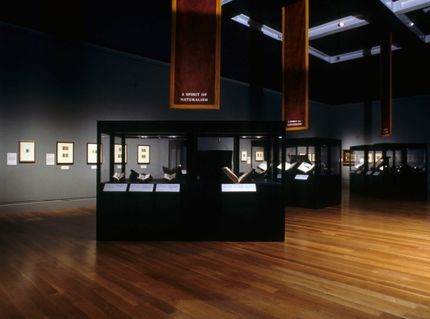 the tradition of distinguishing between a great artist-creator and his less able students/workshop members/imitators. But should we recognize that model in museums, where attribution is not simply a matter of academic semantics, but has very real consequences for loans, acquisitions, and insurance values?

An excellent recent example of confronting this dilemma was an important addition to the manuscripts department, the Roman de Gillion de Trazegnies, acquired at a Sotheby’s auction by the Getty in late 2012 (now Ms. 111 in the collection). It is unquestionably one of the most important masterpieces by the great Flemish illuminator Lieven van Lathem. He undoubtedly painted all eight extant large miniatures in the book. But what of the 44 additional, much smaller, historiated initials? This was an important question

for me to address in the publication I began soon after the manuscript’s acquisition. One of the great advantages museum curators have is the ability to study the original objects repeatedly over long periods of time, and often with the help of knowledgeable conservators who can bring their considerable abilities to bear on such issues. The Getty was also fortunate to own Lieven van Lathem’s only documented manuscript, the Prayer Book of Charles the Bold. At first, the differences between the large illuminations and the historiated initials in the Gillion manuscript tempted me to consider the initials as workshop productions. However, the initials themselves were on a small scale, much closer to the size of the images found in the Prayer Book. After much careful study and consideration, I decided that the initials were most likely by the hand of Van Lathem. This determination was key to delving into other issues pertaining to production, dating, and relationships with another copy of the same text that had images with similar compositions. It was clear that deciding in my own mind what was really by the “master” actually was important before I could move on to other aspects of the manuscript. It was in fact the most basic part of the process of considering the manuscript, even though, in the end, it is, as always, a personal opinion that may well be questioned by another scholar (you can judge for yourself when the book appears this winter, Elizabeth Morrison and Zrinka Stahuljak, The Adventures of Gillion de Trazegnies: Chivalry and Romance in the Medieval East, Los Angeles, J. Paul Getty Trust). To me, the value of giving

these opinions is that hopefully they will spark conversations about attribution, workshop methodology, guild structure, and other important art historical areas of research.

The Roman de Gillion de Trazegnies was the first official acquisition of the department under my leadership, and happened to combine a number of interests of mine, including Flemish manuscript painting, secular illumination, and connoisseurship. It is not surprising then, perhaps, that I count it among my favorite objects in the collection.

Elizabeth Morrison is Senior Curator of Manuscripts at the J. Paul Getty Museum in Los Angeles. She has been a member of CODART since 2012.