King Stanisław August Poniatowski’s Collection of Paintings, or the European Enlightenment in the Palace on the Isle at the Royal Łazienki Museum

The Royal Łazienki in Warsaw—the summer residence of Stanisław August Poniatowski—was one of the partners of the CODART TWINTIG Congress held on 21–23 May. The participants had the opportunity to become acquainted with the Museum, which is situated in seventy-six hectares of gardens, during the dinner held in the Old Orangery and,

above all, during an excursion to the Palace on the Isle that was devoted to a discussion on the attribution of two paintings from the Stanisław August collection: Portrait of Jaqueline van Caestre and Portrait of Jean Charles de Cordes. The painting collection of Poland’s last king was also the subject of two talks during the Speakers’ Corner. Cooperating with CODART and participating actively in the Congress have contributed significantly to the Museum’s long-term research project on the painting collection of King Stanisław August. This collection, which the king continued to assemble throughout his reign (1764–1795) was one of the largest and most significant collections of paintings of the eighteenth-century Polish-Lithuanian Commonwealth. 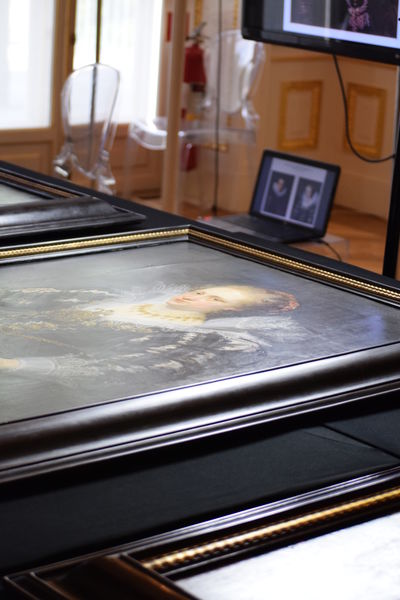 In the year of his abdication (1795), the collection comprised 2,478 works by the most important European artists of the seventeenth and eighteenth centuries; they were displayed in the royal residences, mainly in the Palace on the Isle in the Royal Łazienki and the Royal Castle in Warsaw. The majority of these works were by Dutch and Flemish artists, the most valuable of which include two paintings by Rembrandt van Rijn, Girl in a Picture Frame and Scholar at His Writing Table.  Artists such as Albert Cuyp, Willem van Honthorst, Ferdinand Bol, Govaert Flinck, Jan Steen, Gabriel Metsu, Adriaen van Ostade, Jan Brueghel, Peter Paul Rubens, Anthony van Dyck and Jacob Jordaens were represented in the collection, as were French, German, English and Italian artists. In creating his collection, Stanisław August sought advice from his most trusted advisor, Marcello Bacciarelli, who was responsible for amassing a collection based on the example of the courts of Rome, Dresden and Vienna.

The history of the collection is just as turbulent as that of the Polish-Lithuanian Commonwealth, to which it is inextricably linked. The collection now on display in the Palace on the Isle contains 137 paintings, though originally there were more than 300. Today we know of approximately 400 paintings from the king’s collection, which are either scattered among museums in Poland and abroad or in the 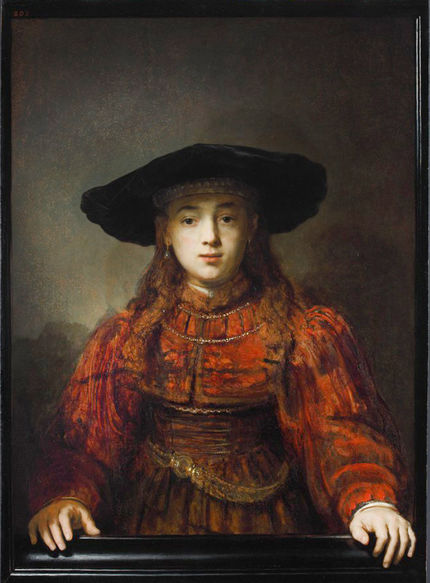 hands of private collectors. The fate of nearly 2,000 of the paintings, sold or dispersed after 1795, is unknown.

Today the Royal Łazienki is a modern museum based on Stanisław August’s Enlightenment ideals, and its main purpose is to spread knowledge about the king’s collection.

The Museum accomplishes this goal not only by making the interior of the residence and the collections accessible to the public, but also by conducting research, conservation and educational programs and by organizing exhibitions. Cooperating with foreign partners, including CODART, is important to the development of these programs.

Since 2011, the Museum has been carrying out research into Stanisław August’s collection of paintings. This was motivated by the exhibition Rembrandt and Others. The Royal Collection of Stanisław August Poniatowski held at the Palace on the Isle and organized in cooperation with the Royal Castle and National Museum in Warsaw. For the first time since the Second World War, paintings from the king’s collection – a selection based on the inventory titled Catalogue des Tableaux appartenant à Sa Maj. Le roi de Pologne 1795 – were exhibited in accordance with eighteenth-century guidelines for hanging art. The work carried out in conjunction with the comprehensive catalogue produced to accompany the exhibition revealed the collection’s lack of systematization and just how much information has been lost. The only monographic publication dealing with the collection as a whole is a catalogue compiled by Tadeusz Mańkowski, published in Lwów (now Lviv, Ukraine) in 1932 and titled Galeria Stanisława Augusta (The Stanisław August Gallery). The research begun in 2013 ultimately led to the publication in 2015 of a new scholarly catalogue of the Łazienki collection by Dorota Juszczak and Hanna Małachowicz, curators of paintings at the Royal Castle in Warsaw. The publication, which appeared in both Polish and English, discusses the 137

paintings now on display in the Palace on the Isle. Its authors placed special emphasis on archival research and thorough study of the provenance of each painting. The results of the most recent research are also available on the museum’s website. Each catalogue entry is accompanied by a high resolution image of the painting, and catalogue numbers appearing on the recto of paintings are also visible (in the bottom right- or left-hand corner). Soon the Museum will also include on the website photographs of the backs of the paintings, with all other additional numbers and ownership marks, as well as scans of the eighteenth-century royal inventories.

Since 2016 a further stage of this research is being carried out in cooperation with the Royal Castle in Warsaw (Dorota Juszczak). The aim is to find as many paintings as possible from the Stanisław August gallery – works that are now in museums in Poland and abroad or in private collections. 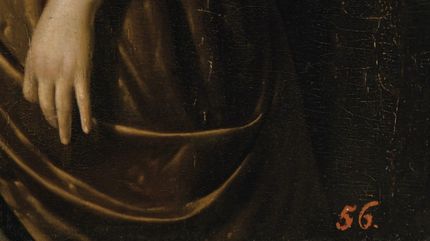 This catalogue, work on which is planned to continue until 2020, will provide detailed information about the paintings, the state of research, verification and confirmation of their attributions, and a compilation of all known sources. Cooperation on this project with curators associated with CODART is of key importance, since paintings bearing red inventory numbers on the front may well be scattered among many European galleries.

It should also be borne in mind that publication of the catalogue did not close avenues of research, at least regarding the attribution of the paintings in the collection. The Portrait of Jaqueline van Caestre and Portrait of Jean Charles de Cordes have been included in ‘The Jordaens Van Dyck Panel Paintings Project (JVDPPP)’. In May of this year, Dr. Johannes Edvardsson performed additional dendrochronological tests on the paintings, which are now attributed to the workshops of P.P. Rubens and A. van Dyck. For many years the Łazienki paintings were thought to be eighteenth-century copies of a pair of portraits in the Musées royaux des Beaux-Arts de Belgique in Brussels. In 2014, however, Tomasz Ważny, who conducted dendrochronological analysis for the catalogue then being compiled, dated them to around 1622. Although we must still wait for Dr. Edvardsson’s final report, we now know that the two Łazienki paintings were executed on supports that are very similar to those of the Brussels portraits. Their dating to approximately 1618–1620/22 has also been confirmed. 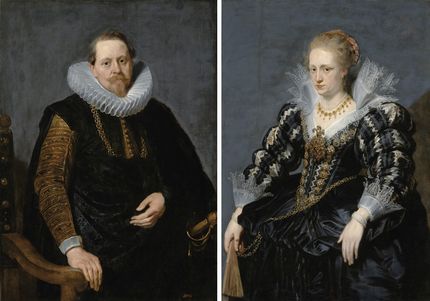 The preliminary results of the dendrochronological tests were presented during the Attribution Session at the CODART TWINTIG Congress (21–23 May 2017). Members of CODART were given the opportunity to view the paintings close up (they were removed from the walls for this very purpose) and to become acquainted with the materials compiled in the course of conservation work carried out on the paintings in 2010. Dr. Joost Vander Auwera, senior curator at the Musées royaux des Beaux-Arts de Belgique in Brussels – which has two similar portraits – undertook a comparative analysis of the Brussels and Warsaw portraits. Owing to the artist’s skill, his fluid and seemingly careless brushwork, and his use of certain techniques, Dr. Vander Auwera would be inclined to attribute the paintings to Anthony van Dyck.

One of the most important ways of spreading knowledge about King Stanisław August’s collection is by holding temporary exhibitions, such as those organized by the Museum and accompanied by educational programs. In 2016, thanks to cooperation with CODART, a series of “one painting” exhibitions was inaugurated at the Palace on the Isle; these shows illustrate the common impetus for collecting in Europe in the Age of Enlightenment and the important role played by the fine arts at ducal and royal courts.

The first exhibition in the series was Dutch and Flemish Paintings at the Royal Łazienki, where works were shown from one of the most important Dutch museums – the Mauritshuis in The Hague. Two paintings were on display in the Palace on the Isle: Abraham Mignon’s Flowers in a Glass Vase and Gonzales Coques’s Interior with Figures in a Picture Gallery. These works from the collection of William V, prince of Orange-Nassau and stadholder of the Dutch Republic, were exhibited in the Picture Gallery along with paintings from the Stanisław August collection and thereby subsumed into its aesthetic and ideological context. The exhibition was an invitation for viewers to discuss the works by Dutch masters in the Stanisław August collection and the history of their acquisition. Both collections were built up at the same time and were largely created from scratch.

The Stanisław August collection of paintings is of vital importance to the cultural heritage of the Polish-Lithuanian Commonwealth of the eighteenth century. Although it was one of the largest collections in Poland and belonged to the last Polish king, we still have a lot to learn about it, and are therefore unable to fully appreciate “what exactly the Stanisław August gallery was,” although we should be aware that it is of the “utmost importance to the history of the artistic culture of the second half of the eighteenth century in Poland.”  Thanks to CODART TWINTIG, curators from around the world have learned something about Stanisław August’s collection. Let us hope that this knowledge will lead to new information about paintings, formerly among the king’s holdings, that are now housed in European collections. Another welcome outcome would be cooperation in organizing exhibitions dedicated to Stanisław August’s collection and those formed at other European courts.

Izabela Zychowicz is Deputy Director of the Royal Łazienki Museum. 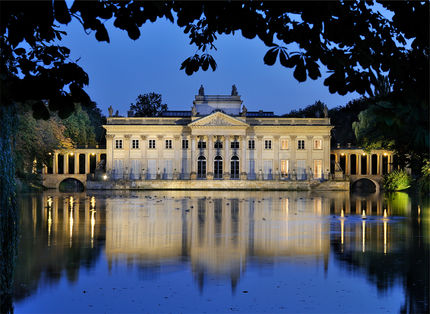