Floris van Wanroij (1981) studied arts and culture at the University of Maastricht and art history at Cornell University in Ithaca, NY (US). Following a brief career at an auction house, he set up his own art dealership, Floris van Wanroij Fine Art exactly 10 years ago, in 2008. He specializes in Dutch and Flemish Old Master Paintings, Early European Sculpture and artworks from the Haute Époque. Van Wanroij became a CODART Patron in 2016.

Your own favorite: this portrait, made in 1654 by Cornelis Jonson van Ceulen. What is it about this painting, do you think, that makes it hard to sell?

It’s not for nothing that I’ve got this painting on the wall of my living room: I consider it an extremely good work by a very interesting artist who deserves a catalogue raisonné. It was painted with a liquid touch that Jonson van Ceulen copied from Van Dyck. The rendering of her hands, the raking light on the little collar, the gradations of color in the satin, her big eyes with that dreamy expression: to me this is a phenomenal, poignant portrait. But is this a beautiful woman? Would anyone except me want her hanging on the wall? Probably not... 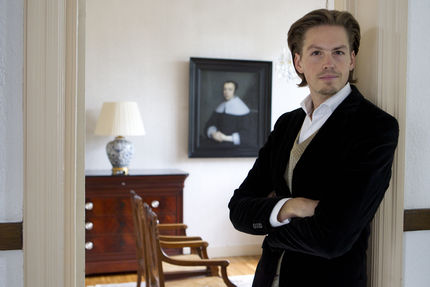 This is a painting that you consider hard to sell. But are there any works in your home that you would actually not want to sell?

One painting that I actually don’t want to sell is this early portrait by Pieter Hermansz. Verelst, dated 1642, still very much in the style of his teacher Jacob Gerritsz Cuyp. It comes from a British collection and has a long provenance. Verelst came from Dordrecht and the panel has the maker’s mark of a Dordrecht panel maker. It was probably a wedding portrait of a girl from Dordrecht, but her identity is impossible to trace. It still has the original ebony frame. I’m a great lover of portraits, even though they are often viewed in the art trade as the least commercial part of the market. Art is material culture, and Old Masters in particular connects you quite directly to 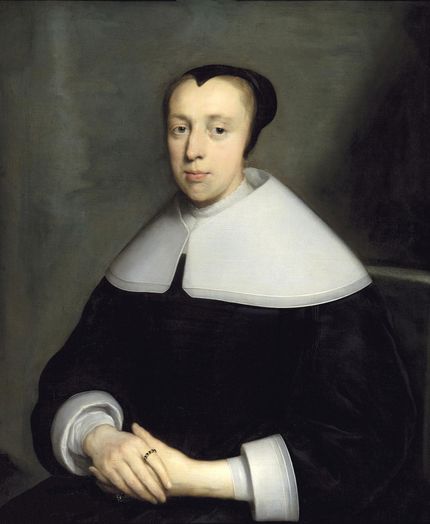 our history and the world in which our ancestors lived. I have that sense very strongly with portraits: you’re literally looking someone in the eyes who lived almost 400 years ago. And besides, it’s just an astonishingly beautiful painting.

That tension between “art” and “trade,” when did that begin?

My love of art and cultural heritage dates from early childhood. There’s a family tale that I bought my first “artwork” before my fourth birthday. As a young boy I often accompanied my parents to the Museum Van Gerwen-Lemmens in Valkenswaard, a museum of religious art that sadly no longer exists. That is where my love of mediaeval sculpture was born. The museum’s owner, Wim van Gerwen, who had built up the collection, was my first teacher. He communicated his knowledge to me with great passion and inspired me to buy my first pieces. For some people it’s an enormous step to purchase their first work of art, but for me that was never an issue. Encouraged by Van Gerwen and my parents, I started collecting at a very young age. The first painting I bought was a work from 1862 by the Utrecht artist Hendricus J.P. Hanau. I was twelve years old and I would never buy it now, but it’s still hanging in my bedroom. My taste has naturally developed over the years: I have bought things at various times and then sold them again.

And from the medieval sculpture you saw in Valkenswaard it was only a short step to studying art and culture in Maastricht.

Yes, although I thought they placed too little emphasis on art history there. Still, I got my Bachelor’s with distinction there 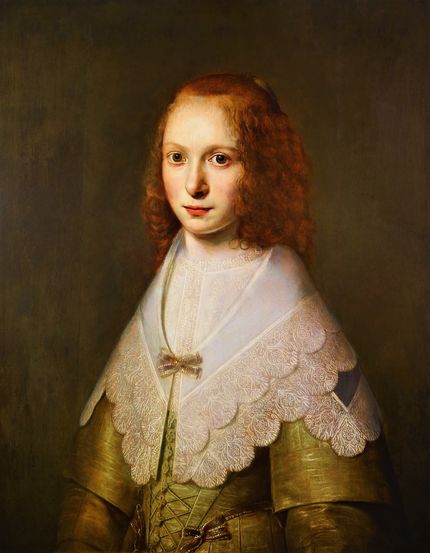 and then gained a scholarship enabling me to do a research master at Cornell University in Ithaca, New York State.

While I was there I learned a tremendous amount from visiting the collections at the Metropolitan Museum, the Frick Collection, and The Cloisters. Also, I was surrounded by so much expertise; Cornell University has a fantastic art history library. After that I was offered a scholarship for a PhD, but a career in academia did not appeal to me. I thought it too detached from earthly concerns; I missed the hands-on experience with objects. Eventually I returned to the Netherlands and ended up at Glerum auction house.

That must have been …

Yes, it was an enormous culture shock! Having spent years studying art from an academic viewpoint, I was suddenly inundated with real art, and that was a really great education. But Glerum was too small to have a specialist department for Old Masters. I spent much of my time there working with modern art, for which I have little affinity. Another drawback is that when you’re working for an auction house you have little control over what happens and hardly any time for in-depth research. I also missed having the opportunity to build up my own collection. So eventually I burned my bridges and started up for myself.

But you did not open an art gallery in Amsterdam’s canal ring.

No, that was a very conscious decision. If you have a gallery at a permanent location, you have to spend most of your time there. But I’m often travelling, attending art fairs, or doing research at the RKD – the Netherlands 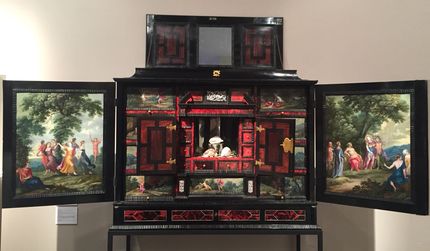 Institute for Art History – or the Rubenianum. I eventually decided to launch my art dealership from my home in Dommelen, and that’s how it stayed. In spite of the downside of not having a dynamic “showroom” and a place where potential clients can drop by spontaneously, this model suits me very well. When clients come to visit me here, I can give them really personal attention. It might not suit everyone: you don’t feel so free to just wander around looking at art here, perhaps, and my mother is sitting there waiting to pour you some tea. But I have a personal relationship with many of my clients: they are almost family by now, and that makes it very pleasant to receive them here.

What do you like most about the art trade?

As I said, the art itself takes precedence, and what I enjoy most is the whole process that goes before a sale. Searching, purchasing, researching provenance, describing, studying the iconography, restoration, having a good frame made: I spend a lot of time on all those things. For instance, in

January I sold an Antwerp cabinet decorated with little paintings based on Ovid’s Metamorphoses that I was able to attribute to Michiel Coignet (Antwerp, 1618 – c. 1663) and the Forchondt workshop. I researched its entire iconography. When that process was finally completed, it was easy for me to let the artwork go. If I’m able to find a good home for it, it has all come full circle.

Do you have any preference for selling to a museum or a private individual?

No, although I do think it’s a pity if a museum sends it straight off to the storage facility. But the most important thing is that you can add something to a collection and that the work ends up with a person or institution that will handle it with love.

During the CODART Congress in Bruges, which you attended, one of the topics was the trans-historical museum, which combines Old Masters with modern art.

I’m very fond of combining different disciplines: painting, sculpture, decorative arts. Wilhelm von Bode did that in his day, and you see it now at the Rijksmuseum and the Rockox House in Antwerp, for instance. The Rockox House has created a fantastic collector’s cabinet, complete with small sculptures as well as shells and other specimens of natural history.
But combining Old Masters with modern art – that’s a very different story. It’s becoming more and more common in the art trade or at art fairs like Masterpiece in London, 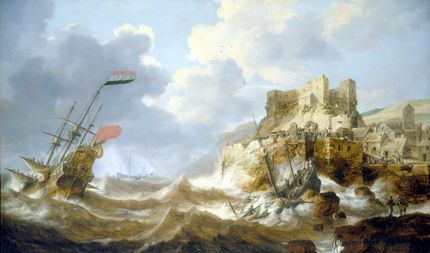 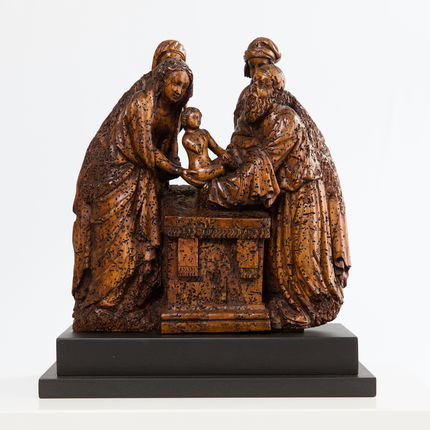 which I see more as a luxury & lifestyle event rather than an art fair. I remember the Rijksmuseum’s TEFAF stand a few years ago, where a work by Jan Schoonhoven was exhibited along with the recently-acquired, early 16th-century terracotta Bust of the Virgin as Mater Dolorosa, attributed to Pietro Torrigiani. That did not strike me as a wonderful combination. It may be what the public wants to see, but it pains me, as if you can only sell Old Masters by combining them with modern art. Yet now you constantly see long lines of people waiting to get into the Rijksmuseum, and in Antwerp, too, the Old Masters are attracting enormous interest with the “Baroque Year” celebrations. I also don’t believe that such combinations attract new sections of the public. On the contrary, many young people are particularly interested in seeing the Old Masters, and those works should be valued in their own right.

Do you have many young clients?

No, but I’ve noticed that young people at museums and at art fairs do take an interest in the Old Masters. It often doesn’t occur to them that you could actually buy a work of art. Moreover, if you want to buy an Old Master, you need money, and that is something you generally don’t have until you’ve got a job, then bought your own home, and then finished sending your children through college. By then, you’re not “young” any more. Young people often think of Old Masters as works of art that belong in museums; they have no idea that you could actually buy one yourself. Yet a substantial proportion of art belongs to private

collections. And Old Masters are not unattainable: for a sum that many people have no trouble spending on a car you could buy a really serious Old Master and a piece of historical cultural heritage. I see it as a task for our art dealers to convey to people when they are young that it is possible to collect works by Old Masters. You can plant that idea in their mind early on, and you also see more and more art fairs like BRAFA  – and the Royal Association of Fine Art Dealers in the Netherlands, for instance – helping to raise that awareness. Later on, when today’s young people are older and have more money to spend, their interest has been kindled, they have had time to develop their tastes, and they will be in a position to actually purchase artworks.

This fall your dealership marks its tenth anniversary. Have you observed specific trends over the past decade?

Yes, you naturally see tastes changing, that has always been the case. There is one constant, of course: quality always sells. But the market appears to have become more capricious – it is the traditional segment of the market, above all, that seems to be having a hard time. What you see today, more than ten years ago, is a demand for unusual, distinctive pieces, whereas for years it was mainly recognizable works that “everyone” possessed that were in demand. Every notary wanted a Jan van Goyen hanging in his office, and inn scenes like those by Adriaan van Ostade were popular. Now, there’s a far greater demand for less conservative and more striking or exciting works by Old Masters. Take Lot and His Daughters, for

instance, the spectacular and magisterial masterpiece by Rubens that set a new record at Christie’s Old Masters sale in London two years ago. Leaving aside its hefty dimensions and its equally high price – over £44 million – it’s not the sort of work that our notary of ten years ago would have been likely to buy.

Floris van Wanroij has been a Patron of CODART since 2016.