Editor's Note
All About Drawing

Two articles in the previous issue of the eZine had to do with drawings, but the editorial board has decided to spotlight this art by devoting an entire issue to drawings. Despite their huge diversity and the existence of splendid collections, drawings are too often neglected by the art-loving public. Drawings are, after all, relatively sober in character and small in size, so it stands to reason that the average viewer is more easily seduced by the color and expressive splendor of paintings. In fact, the exciting aspect of drawings is often overlooked, namely that they afford the viewer a close-up glimpse of the creative process of the artist. 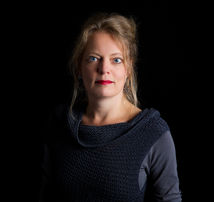 Welcome
The Princes of Serendip

The Princes of Serendip

Once upon a time in the far-off land of Serendip –  which means “island of gold” – there lived three princes. Their father, King Giaffer, had them tutored by wise men before sending them on a journey. For years the three princes traveled about the country of King Bahram, where they had all kinds of adventures and made astute discoveries. Finally the princes returned to Serendip, where they became wise rulers. 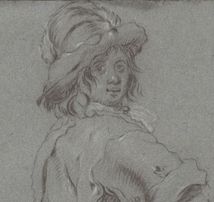 Present-day Poland is home to a significant number of Dutch, Flemish and Netherlandish drawings. The most important pieces are held at the National Museums in Gdańsk and Poznań, the Museum of the Princes Lubomirski, The National Ossolinski Institute (Muzeum Ksiazat Lubomirskich, Zakład Narodowy im. Ossolińskich) in Wrocław, and the Princes Czartoryski Museum (Muzeum Czartoryski) and the Jagiellonian Library in Krakow, while the Warsaw University Library (Biblioteka Uniwersytecka w Warszawie) houses the royal collections of the last king of Poland, Stanisław II August (1732–1798) and Count Stanisław Kostka Potocki (1755–1821), as well as works from the Society of Friends of the Sciences. Compared with the aforementioned institutions, the collection of the Muzeum Narodowe w Warszawie is smaller and less representative, but nevertheless contains a number of interesting and important works, whose provenance and history provide the key to discussing the collection and explaining its nature. 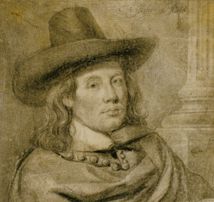 For over seventy years, from 1941 to 2012, the Liberna Collection was known only to specialists, mostly librarians and art historians. The collection owes its existence to Bernard Brenninkmeijer (1893–1976), who began collecting in the early 1940s, when he was living in London. His keen interest in art and literature prompted him to collect books, prints and drawings, and he continued collecting until his death in January 1976. By then the Liberna Collection – Liberna is a conflation of Liber (book) and Bernard – was housed in the library of his private home in Hilversum. 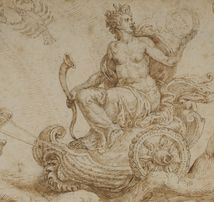 In 2011 and 2012 the museums of Northern France displayed their collections of drawings in a series of temporary exhibitions. Despite their geographic proximity to Belgium and the Netherlands, these collections contain relatively few Dutch and Flemish works. Two museums proved to be exceptions, however: the Palais des Beaux-Arts of Lille, which is best known for its exceptional Italian holdings, and the small museum of Bergues, the extent of whose collection became apparent on this occasion. Both of these institutions hold predominantly Flemish drawings, although it must be noted that the Bergues museum has an important sheet by Maarten van Heemskerck and an outstanding study for a stained-glass window by Pieter Aertsen. Other museums in this area, notably the Musée de la Chartreuse in Douai and the Musée des Beaux-Arts in Valenciennes, have only a few Northern sheets in their collections. 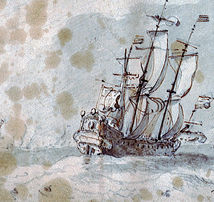 In the late 1630s Willem van de Velde the Elder (ca.1611-1693) established his studio in the flourishing city of Amsterdam, where art and culture took center stage. Economic prosperity in the Netherlands in the sixteenth and seventeenth centuries was inextricably linked to commerce and warfare at sea. The Elder and his oldest son, Willem van de Velde the Younger (1633-1707), found a niche business dedicated exclusively to marine subjects. They produced for Dutch government officials and private clients purposeful official documents for battle and recreational pieces for bourgeois households. By the 1670s, with a reputation as the best marine artists of their time, they moved to London and entered the service of Charles II, who set them up with a generous monthly salary and a studio in the Queen’s House at Greenwich. 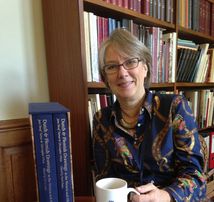 Jane Turner received her undergraduate degree in art history from Smith College. After an internship at the Cooper Hewitt Museum, she was asked to join the curatorial team at the Morgan Library & Museum, New York, in 1978. She worked there until 1984, while pursuing in her spare time her PhD at the Institute of Fine Arts, New York University, with Egbert Haverkamp-Begemann. Between 1985 and 2001 she edited an astounding 31,600 pages while working at Macmillan Publishers in London as the Editor-in-Chief of the monumental thirty-four-volume Dictionary of Art. In 2011 she took up her current position of Head of the Rijksprentenkabinet in Amsterdam, a position she holds next to that of Editor of Master Drawings. 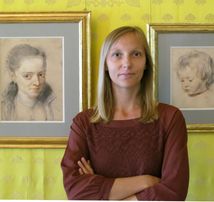 Curator in the spotlight
Eva Michel

I was appointed Curator of Early Netherlandish, Dutch and Flemish Drawings and Prints at the Albertina in 2012, after the retirement of my colleague Marian Bisanz. In addition, I am currently substituting for a colleague responsible for Austrian art of the twentieth century, which is one of my other research interests. One of the largest and finest collections of graphic art in the world, the Albertina is a treasure trove for anyone concerned with drawings and prints. 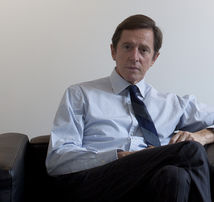 Bob Haboldt, born in Amsterdam’s Staatsliedenbuurt, set up his own art dealership, Haboldt & Co., in New York in 1983. He concentrated mainly on Dutch and Flemish Old Masters, but also focused on the Italian, French and Spanish schools. Over the years he expanded his business by establishing branches in Paris (1990) and Amsterdam (2009). Singular Vision, an ode to the more than two thousand works of art that Haboldt and his team have bought, studied and sold to museums and collectors over the years, was published in 2012 to mark the thirtieth anniversary of Haboldt & Co. 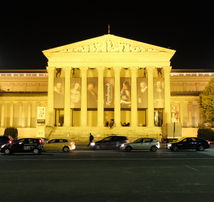 The CODARTFocus meeting in Budapest took place just before the opening of the very impressive Rembrandt and the Dutch Golden Age exhibition. So as well as a chance to network with colleagues, it provided an opportunity to study that show, which contains no fewer than 178 paintings, including twenty Rembrandts, three Vermeers and works by a further 110 artists arranged thematically. Forty-two colleagues gathered on Sunday, 26 October, including several who had travelled as couriers with works for the exhibition. The majority of delegates were from Eastern Europe or Holland and the numbers were favorable for socializing and networking.